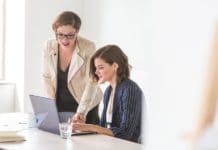 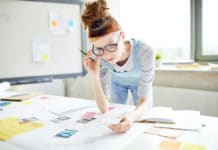 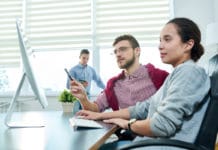 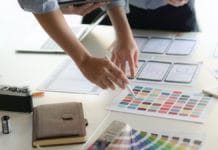 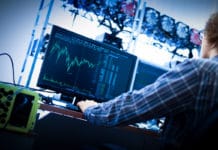 HR Transform-HR with Ease – “HR Is Here To Stay”

HR Transform-HR Get $200 off your pass to the conference.

Where is the future of HR going and will it even be called HR anymore? We sat with a company that has been around to see it all change over the past decade and a half.

They went from a blog to a multimillion-dollar organization with a passion for people.

A blog that changed the lives of thousands of marketers and their customers around the world. Including our CEO Nathan Harris back 10 years ago.

This once blog and now marketing giant is Moz.

Founded by a man named Rand Fishkin back in 2004. Where he brought together some of the world’s first SEO experts who shared their research and ideas.

Leading to the launch of the Beginner’s Guide to SEO and their first Search Ranking Factors study.

That hub of industry expertise transformed into a small consulting firm and led to creating some of the industries first SEO tools.

Our CEO Nathan was blessed with a chance to sit with Moz’s Head of People Operations Rebecca Clements to get her perspective on what shaped the culture they have today.

As well as what the future of HR looks like for them and other organizations around the world.

Here is how that interview went.

Nathan –  Okay, so I’m here at Moz and it’s really awesome, because I have a cool story to tell. When I was 21 years old, I tore my hamstring and I wanted to change my career, which has led me here, and I picked up a laptop and I looked at this site called Moz and it taught me all these different things about SEO and how to actually market properly when these things were just coming out.

So, I wanted to have you tell me a little bit about that narrative and what your role is there.

Rebecca – Yeah, yeah, yeah. So, Moz has been around since 2004 and it really started out just as a blog, just as education, and then, ultimately, we moved to a product strategy, I think, in 2007.

I’ve been with Moz for almost five years, and really the first seasoned HR leader that they brought to the company.

Rebecca – I had been in tech kind of since the beginning of time, so most of my career is in tech.

What does HR Transform mean to you?

Nathan – Awesome, so with that marketing culture, and you being that first kind of senior HR person that comes in, I mean, when you think about what you’re gonna do here, what does that transformation look like and, as a whole, what is HR transformation mean to you?

Rebecca – Well, so, so, what I will say is, I was quite lucky in that when I started here back in May of 2014. Moz already had this really great reputation in town and really great culture, so, for me, it’s really been building on that and leveraging the stuff that was really good at Moz, and, then, of course, evolving it in other ways.

And, so, for me, when the question about HR transformation as I was thinking about that, I’ve had a little bit of a love/hate with HR throughout my career, and so, I think transformation is about really rethinking, redefining why HR exists.

I mean, why should it exist in any company, right, or in any organization, and then really rethinking or developing new mindsets about how we do what we do, why we do it, what we do, et cetera.

And I think, like I’ve been doing this for a long time, so I know that HR had gone through several transformation already, right, like when I first started, it was still called personnel in a lot of companies and it was very administrative.

Rebecca – And, of course, now we care about, engagement, and building and evolving cultures and building learning organizations, and talent management and development.

What’s the best piece of HR advice you have ever gotten or has made a lasting impression on you?

Nathan – So, when you think about your time and the way that it’s changed, there’s obviously something that stuck with you, that creates your principles and your tactics and, like, why they brought you in here, what has shaped that perspective that you have on HR?

Like, is there someone that sent a special quote to you, is there something in your career that you’re like, I wanna be a part of this. Like, what drove you?

Rebecca – That’s interesting. I mean, so, this is not the right way to pursue a career, necessarily, but I totally fell into it.

I mean, I fell into it. I didn’t really know what it was, and then I found that it was really interesting, it was challenging, it was an integral part of any company.

I learned a bunch, I grew, and then, as I moved into leadership roles, I mean, I kind of found my, I found my space, my home.

Rebecca – I’ve had several mentors, throughout my career, and a while back, quite a while back, I took each of them to dinner, and just thanked them for the role that they played in building my career. So, it wasn’t just one thing, it was really a set of experiences.

Nathan – Yeah, a series of people.

Rebecca – What I will say, is when I moved from healthcare to a consulting firm, to finally, to tech, that’s when I really, I realized, the importance of culture, because we didn’t talk about that in those other organizations, and I realized that, there are many things important to a business, I mean, there’s strategies, critical. How you execute on that, but culture, is just, it’s almost everything.

Rebecca – A key, key part of any business. So, that’s when I realized the power of culture and the importance and my ability to play a role in shaping culture.

How do you leverage technology to increase connections among team members and within your organization?

Nathan – Is there any type of, how you leverage in technology, to keep those things connected? I mean, this is a really big space, right? And there’s probably, you guys have more places, how do you get other locations, like how do you keep the connectivity in your tech?

Rebecca – Well, yeah. I mean I don’t think we do anything particularly innovative, and think sometimes, it’s still a struggle for us, but the tools that we’re using today that are really focused on building connection and collaboration are we’re big Slack users.

I mean, Slack is hug for us. The Gmail Suite of tools. As compared to the old days where you’re sharing files and version control is always a problem, that’s a beautiful thing. Confluence is a big, another tool that we use collaboratively.

So, those are some of the things, and then we just acquired a company in October, that is based in Vancouver, B.C.

And so, we’re doing a ton of meetings where part of the team is not in the room, and so we use mostly Slacker or Google Hangout. And, for those, it’s not perfect, and, so we’re continuing to sort of work on what’s gonna be next for us.

What is one prediction you have for the future of HR?

Nathan – So, with your experience, what do you predict, the future of workforces being, like, a lot of people are shifting to remote teams, a lot of people are shifting to more coworking style spaces, but in terms of not only the space, but in terms of the leadership mindset, or anything, what do you see as a prediction where you’re like check, call me in five years, this is gonna happen.

Rebecca – Hmm, prediction. This is hard, right, I don’t know if I know exactly, but here’s what I will say:

And I do feel like HR has an opportunity to sort of lead that charge and come up with new strategies or techniques to help people work effectively together. I mean, it’s already a problem, right. We already have challenges, but, look, I’m raising a teenager, she’s 17, I’ll tell you that, I mean, she would rather communicate with someone only via her phone, so anyway–

Rebecca – I’m not, I would rather have a face to face conversation.

Nathan – I have phone anxiety. I’m on the phone too long, I need to hang up.

Nathan – That’s so funny. So, I guess, that’s really why we’re having HR transforming, because if you want these conversations to start, we wanna figure out what the next thing is for the future and how to prepare for it.

And, in closing, I guess, there’s two last questions that I have is, one is, with that shift and if Gen Z does come into the workforce, because at this early corner.

What are we going to do to attract the next generation?

Nathan – What are we gonna do when to attract them? If that’s the difference in leadership, if you’re defensive, I’m defensive,

So, if that is, I don’t wanna ever have to talk to a human, well, we’re gonna have to sort through that.

I don’t know how, I don’t how we respond to that, but, just like for millennials, they really want to work for companies with a passion and a purpose and mission get behind that. I think we’re gonna need to tap into what’s meaningful.

Rebecca – So, more to come on that.

Nathan – And Roger’s the mascot, right?

Rebecca – I think so.

Nathan – They wanna talk to Roger.

Nathan – He is a robot, that is true.

You can’t replace the human element.

I don’t think it will be called HR, I mean, it’s already changing, we call it People Operations here, but I do think that HR having a human be in HR, people apps or talent role.

Nathan – You can’t replace it.

Rebecca – You can automate it, make it more efficient, but can’t replace it.

Meet us in Las Vegas at HR Transform on March 26th

Nathan – You can never replace the human element. So, these are the conversations that we’re gonna be having on HR Transform.

We want you to get involved, want you to check our Vlog that we’re doing on it at transform.us and check out Moz.

They’re doing some amazing things, not only on the culture side, but on the marketing side and briefs and acquisition, which is really interesting and exciting.

Nathan – So, stay tuned, we’ll have a lot more to share.

We are thrilled to have even more great conversations like this one at HR Transform in Las Vegas in just three weeks!

Signup here to find out how you can get involved in the conversation as well.

Joining us and companies such as Accenture, Forbes, EA – Electronic Arts, Nike, lululemon, Udemy and many more.

How You Can Travel for Free With Airbnb by Nathan Harris